The cafe is known to employ Death Weapon Meister Academy students as part time workers so much so that, according to Master, many of the clientele are already familiar with this fact and many of them have some relation to the school.[1] Following the culture of Death City, much of the clientele of the cafe are also shown to be accepting of even the most volatile of personalities such as the Thompson sisters.[2]

The cafe seems to be a popular spot, much in part due to Master's cooking, in which is remarked to be superb to the point despite the Thompson sister's terrible services, some of the clientele (and even employees) enjoy being served random food due to all the food being well-received.[2]

Deathbucks employees dress in white and black formal attire. Male waiters typically wear white dress shirts with black slacks, black bowties, and black aprons. However, female waitresses wear white skull-shaped headpieces, white dress shirts, blue ties, and black short skirts known to embarrassing to some employees due to it's shortness. According to Master, the design for waitresses came from a proposal for one of the clientele of the cafe, Spirit Albarn.[3] 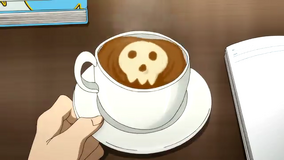 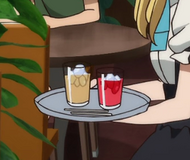 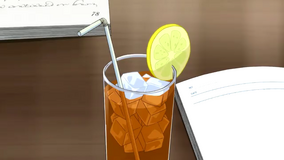 Iced lemon tea
Add a photo to this gallery

Retrieved from "https://souleater.fandom.com/wiki/Death_Backs_Caf%C3%A9?oldid=99608"
Community content is available under CC-BY-SA unless otherwise noted.