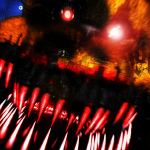 Template:Infobox Gjlewis (also known as Guil Cat) is a cat with strong magical powers but not a true warlock. Though he only appears in the first episode briefly.

In human form, Guil recently appeared as a handsome young man with a well-muscled build with black pants tight on the knees and witch-like shoes, an opened shirt showing his bare chest. He had brown-black hair which was spiked on the top (much like a hedgedhog). He wears a witch hat but it is shorter, more like a top hat or a fedora but the top still has the curly tip. He eventually wears a cat collar-resemble necklace and he has also got a belt and a second, thin belt hanging down to his left. He has ears like that of a cat instead of human ears and has long, cat-like tail color in brown-black. He had green eyes with pupils side-way slits like a cat. He also has sharp molars and two little sharp fangs.

In cat form, Guil apparently a cat with deep-brown colored fur, side-way slit pupils looks wider, and a long tail. He also wears a smaller version of his hat and a necklace.

Guil is very generous of showing kindness and respect to people. Loves showing off every jack-o-lantern to people during Autumn, even he likes creating scarier ones. He can be playful and fun-loving but if he is being treated disrespectful by someone, he will became annoyed and tell a person to stop harsh antagonizing him. He eventually likes taking bathes (ironically about cats dislikes bath but in human form always.)

Transformation: Guil has the ability to transform into a his cat form and human form at will.

Jack-O-Lantern Shield - A pumpkin-shaped shield what he created can protect himself from projectiles or any enemies' attacks.

Halloween Lasers - He will unleashes black, orange, white, and green colored lasers from his hands/pumpkins, when his enemies touch the lasers will stung badly or even burned (little not powerful).

Flying Pumpkins - Like Blair, he will also create giant floating pumpkins (uses them to sit one of theme or use to attack).

Pumpkin Blaster - A very powerful magic. He can able to shoot out hundred or more pumpkin-shaped energy balls with his hands.

Pumpkin Tank Barricade - It is the most powerful ability yet (but only use on the outside lands due of using it around the building will destroy any homes by mistake). It is a large soul-like shield shape like a pumpkin and can create several strong beams rotates a speed will control by Guil's hands and cause anything to destroy when touched.

In the anime in a first episode, however, Guil (in silhouette) can be only seen briefly around the trees in the first time while Maka and Soul were attempting to capture Blair.

Retrieved from "https://souleater.fandom.com/wiki/User:GJ_Fredbear?oldid=71364"
Community content is available under CC-BY-SA unless otherwise noted.